The Gothic and the Fantastic are two literary genres both related and different.

A genre can characterize many types of literature such as poetry, drama, or the novel. It is a specific type of writing, obeying a number of rules, or recognizable through a number of themes or structural elements like suspense, plot, or characters.

I. Definitions of the Gothic

The Gothic is the ancestor of the modern horror stories. It is based on the bizarre, the macabre and the supernatural, and it very often deals with aberrant psychological states (terror, fear, anxiety). The setting could typically be a dark castle or church at night…

The Sublime is the concept developed by Edmund Burke in On the Sublime and the Beautiful (1757) which is based on two principles:

1. Beauty is small, smooth, not angular but curved, clear, light and delicate, with harmony in proportions. It is something rather feminine, with human proportions, based on pleasure.

2. the Sublime is great, rugged, straight and angular, dark and massive. It is rather masculine, inhuman because too vast, excessive and powerful for man, based on pain.

There is a dialectic like Eros (love and pleasure) and Thanatos (pain and death) : these two elements, both opposed and complementary, structured the mentalities and the mental productions of the 19th century.

It is also related to primitivism as neoclassicism expressed harmony in proportions (beauty) while the revival of the Gothic was in relation with the sublime, based on pre-christian religions, legends and superstitions and the Middle Ages.

Horace Walpole, nephew of a former MP and himself a rich and noble MP, was inspired by Shakespeare’s plays (especially monsters) and wrote The Castle of Otranto (1764). His book is divided into five chapters, like the five acts of a play. It can be considered the first Gothic novel.

William Beckford published Vathek in 1782. It was first written in French and inspired by The Arabian Nights.

Gothic novels met a real success as it was a very feminine genre : women were writing, reading and had access to culture.

Other major Gothic novels include :

According to Marilyn Butler:

For example, The Mysteries of Udolpho is a novel set in 1584 in southern France and northern Italy which focuses on the plight of Emily St. Aubert, a young French woman who is orphaned after the death of her father.

Emily suffers imprisonment in the castle Udolpho at the hands of Signor Montoni, an Italian brigand who has married her aunt and guardian Madame Cheron. Emily’s romance with the dashing Valancourt is frustrated by Montoni and others. Emily also investigates the mysterious relationship between her father and the Marchioness de Villeroi, and its connection to the castle at Udolpho.

Emily conceives strange things: she can hear voices such as her dead father’s, see moving paintings, or see a man appear from nowhere in her room. They are trying to make her mad to get her heritage.

It is a Gothic novel removed from the world (sublime) and very down-to-earth. There are no supernatural elements (no ghosts and all) but a nightmarish atmosphere full of fear and shadows.

« The 18th Century : the Age of Enlightenment
The 19th Century : Romanticism in Art and Literature »

The 18th Century can be dubbed “the Age of Enlightenment” as it was marked by French philosophers such as Voltaire, Rousseau or Diderot (the Encyclopédie was published in 1761).

The Enlightenment is characterized by the belief of natural goodness of man : man is perfectible, it is the idea of progress obtained through the use of reason.

Since man is naturally good, all bad things come from society : if we could fight prejudices and oppressive social institutions, man would be better. It’s a question of education : political and social reforms would bring man happiness. These are the principles of the French Revolution.

The situation is different in the United Kingdom. The revolution has already been made : the “Glorious Revolution” of 1688 established a parliamentary monarchy but it was not a democracy since you needed to be rich to go to Parliament.

John Locke, a famous British philosopher, influenced the notion of parliamentary democracy. He was a predecessor of the Enlightenment but his ideas were only applied in America after the War of Independence (1776-1782).

The American Constitution was applied in 1789. In the USA, there is a republican government with a president and a principle of equality in front of the law: “everyone has the right to life, liberty and the pursuit of happiness”. There is a truly optimistic belief in man and happiness, and in progress and reason.

The end of the 18th century saw an evolution : the development of the rational and the irrational. There were general changes in taste in arts in the 1750’s :

Primitivism is connected to a new vision of nature. Instead of being addicted to laws, nature became a sentimental reference. It helps you meditate, find yourself – it’s a new conception of life.

Nature is not a rational entity any longer but it is sentimentalized. This shift can also be seen in gardening: French gardens were less controlled, more spontaneous than British gardens for example.

Feelings were seen as an essential part of human nature, that should be expressed rather than repressed:

The Rise of the Novel

During the 18th century, the modern novel came into being and became the most important genre in literature.

The novel is characterized by its realism and simplicity :

Daniel Defoe wrote Robinson Crusoe (1719) and Moll Flanders (1722). Defoe created a new way of thinking. He was Protestant and took side for the Protestant capitalistic values, advocating thrift and perseverance.

Samuel Richardson, who wrote Pamela (1740) and Clarissa (1748), was a pioneer in the sentimental novel and psychological novel.

Henry Fielding, who wrote Joseph Andrew (1742) and Tom Jones (1749), was a specialist in comedy and parody. His books are anti-sentimental.

Lawrence Sterne, author of Tristan Shandy (1759), showed the artificiality of the novel. He questioned the conventions of the genre through the use of digressions, self-referentiality and puns.

Two traumatic events can explain the context of Gothic and Romanticism : the French Revolution and the Industrial Revolution.

The Gothic and the Fantastic »

Sometimes, we need to show our true colours.

It’s not always easy to do it face-to-face but we can always look within. 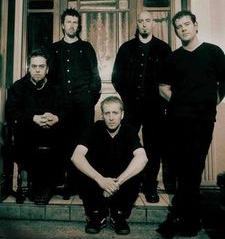 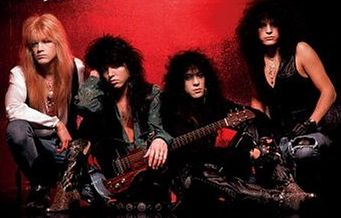